What’s the Deal with Cannabis Cryptocurrencies? 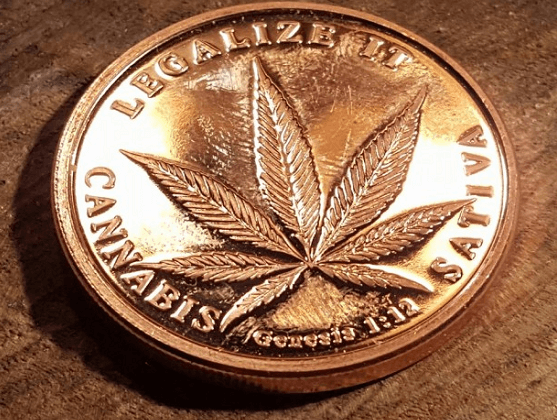 The first in the space was Potcoin which launched in 2014 and while gaining some initial attention eventually drifted into the abyss with the original developers upping and leaving the ship. After some time, new administrators took control of Potcoin and have continued to develop and evolve the system in the hope it can eventually be the number one Cannabis currency.

But now we have Hempcoin, CannabisCoin, Dopecoin, and ICO’s Smoke.Network and Paragon to boot! So with competition in the space increasing who will win the race?

More importantly ‘why all the rage with Marijuana cryptocurrencies’?

Well the number one issue in the legal Cannabis industry in the USA whether it be for the medical marijuana industry or for recreational Cannabis users is that dispensaries and producers of Cannabis are unable to put the money into banks due to federal law requiring to to be listed as “suspicious activity” quite the hypocrisy for a country trying to be progressive and legalize Cannabis but the problems with federal law vs state law are a topic for another day and another website in fact.

We don’t like to get too political at Different Weed but sometimes it’s unavoidable in this landscape of prohibition, propaganda and making a change.

So what does pot coin do? Pot coin can act as a financial store of value to use instead of fiat money, thus bypassing any need for banks and countless issues relating to not being able to put money in the bank or invest in anything legitimate.

Other cannabis cryptocurrencies are more focused on the industry side and allowing large companies to work together and transact large amounts of money in a faster, easier and less regulated manner.

Not bought any bitcoin yet? Have you been in a coma or living under a rock? If you are interested check this article on how to buy bitcoin the USA or UK using credit cards, debit cards or even Paypal.

Potcoin aims to provide the underserved marijuana industry with a decentralized banking infrastructure and payment solutions. People will be able to use Potcoins to save money, scale and bypass legal barriers.

HempCoin is another early Cannabis cryptocurrency developed in 2014 but focuses more on the agricultural and farming side of the Marijuana and Hemp production industry. It’s also a fork of the original Bitcoin source code.

Paragon Coin is a recent ICO to raise funding for a project involving the creation of a chain of high-tech fully equipped ParagonCoin Centers in all 29 states of America where cannabis will be legal soon.

Their ambitions are large and the ICO is a way of raising the capital necessary to develop their idea.

Smoke.Network plans to do something different, by building the first cannabis community to reward users for creating content using blockchain technology. This is like Leafly on the blockchain where the community reaps the rewards instead of one centralized company or authority.

This is like Steemit (the first social network on the blockchain) only for Cannabis users and content creators instead!

What are your thoughts? Are you invested in any Cannabis coins or ICOs? we would love to hear your thoughts in the comments.