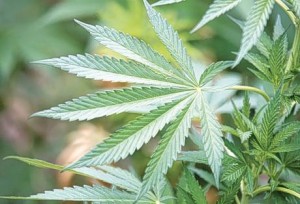 Uruguay government has said it plans to send a bill to Congress that would allow it to sell marijuana, making it the first country in the world to do so.

Under the plan, only the government would be allowed to sell marijuana and only to adults who register on a government database when buying the drug to keep track of their purchases over time.

Minister of Defence Eleuterio Fernandez Huidobro told reporters at a press conference in Montevideo that the measure aims to weaken crime in the country by removing profits from drug dealers and diverting users from harder drugs.

He said the bill would be sent to Congress soon, but an exact date had not been set.

Uruguayan newspapers have reported that money from taxes on marijuana sold by the government would go towards rehabilitating drug addicts. The government did not provide details.

There are no laws against marijuana use in Uruguay. Possession of the drug for personal use has never been criminalised.

But some Uruguayans wondered how successful such a measure could be.

“People who consume are not going to buy it from the state,” said Natalia Pereira, 28, adding that she smokes marijuana occasionally. “They’re going to mistrust buying it from a place where you have to register and they can typecast you.”

A debate over the move lit up social media networks in the country, with some people worried about free sales of marijuana and others joking about it.

“Legalising marijuana is not a security measure,” one man in the capital of Uruguay wrote on his Twitter account.

“Ha, ha, ha!” joked another. “I can now imagine you going down to the kiosk to buy bread, milk and a little box of marijuana.”

The idea is to weaken crime by removing profits from drug dealers and diverting users from hard drugs.

“The main argument for this is to stop addicts from dealing and reaching (crack-like) substances” such as base paste, said Juan Carlos Redin, a psychologist who works with drug addicts in Montevideo.

“Some studies conclude that a large number of base paste consumers first looked for milder drugs like marijuana and ended with freebase.”

Mr Redin said Uruguayans should be allowed to grow their own marijuana because the government would run into trouble if it tries to sell it. The big question he said will be, “Who will provide the government (with marijuana)?”

“If they actually sell it themselves, and you have to go to the Uruguay government store to buy marijuana, then that would be a precedent for sure, but not so different than from the dispensaries in half the United States,” said Allen St.Pierre, executive director of US-based National Organisation for the Reform of Marijuana Laws, or NORML.

Mr St Pierre said the move would make Uruguay the only national government in the world selling marijuana. Numerous dispensaries on the local level in the US are allowed to sell marijuana for medical use.