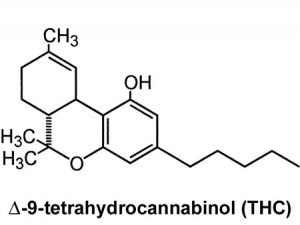 A New Study conducted by the the Catholic University of Korea, College of Medicine, and published in the journal Anticancer Research, has found promising evidence that THC may be the best medicine available to treat stomach cancer, especially when traditional medicine has been ineffective.

During the study researchers used cancer cells that were resistant to chemotherapy, and dosed the cells with a synthetic

form of delta-9 tetrahydrocannabinol (THC), one of the primary compounds found in cannabis. Researchers noted a drastic reduction in the survival rate of the cells that were exposed to the synthetic THC.

When conducting the study researchers found that larger doses of THC led to higher rates of cancer cell death, validating the initial finding that it can be an effective treatment (natural THC is likely even more effective).

Although more research is needed, hopefully this study – in addition to numerous others that have been released recently – will pave the way for cannabis being used as a standard – and not alternative – medicine in treating various forms of cancer.