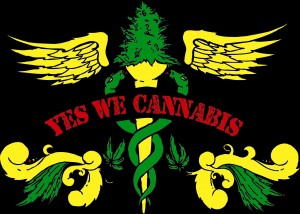 Although Ron Paul has introduced several bills like this one in the past, there are several reasons that this bill should be passed now. Hemp has an amazing number of uses. Its fiber can be used in carpeting, home furnishings, construction materials, auto parts, textiles, and paper. The seeds can be used in food, industrial oils, cosmetics, and pharmaceuticals. There are assertions, reported by The Guardian and in Biodiesel Magazine that using industrial hemp in biofuels instead of crops like corn and other feedstock provide greater environmental benefits. The expansion of industrial hemp as a feedstock for biofuels could also help to reduce oil imports.

Not only does hemp have a wide range of uses, but its cultivation in the United States could help to spur our lagging economy. Since the cultivation of hemp is outlawed in the United States, the U.S. market for hemp and hemp-based products is entirely dependent upon imports. A 2010 Congressional Research Service report cited an estimate that the U.S. market for hemp-based products may exceed $350 million annually.

Banning on the agricultural production of hemp simply doesn’t make any sense. Farmers in places like Iowa could benefit greatly from the production of industrial hemp. In a crippling recession, unemployed Americans could receive a boost from such an emerging industry, from farm to value-added businesses. And many firms here in the United States that sell hemp-based products would reap the benefits. Currently they import their hemp from places like Canada, China, or France, which can increase their costs from 10 to 15 percent or more. As the only remaining developed nation in which the production of industrial hemp is not permitted, the United States is not only missing out on a large – and growing – global market, but limiting livelihoods of farmers, processors and fabricators.

Industrial hemp could benefit our environment greatly. A range of studies have shown the benefits: hemp can thrive with minimal – or even without – herbicides, it reinvigorates the soil, and it requires less water than crops like cotton. Furthermore, it could prevent the deforestation of large portions of the U.S. landscape and presents significant benefits compared with wood in the production of paper. Industrial hemp matures in three to four months. It takes years for trees to grow. It can also yield four times as much paper per acre as trees.

Industrial hemp has a distinguished history in this country dating before the revolution and its founding. The Declaration of Independence was drafted on hemp paper and George Washington and Thomas Jefferson grew industrial hemp on their farms. During World War II, hemp was used to make very strong rope and the Department of Agriculture made the film, “Hemp for Victory” to encourage its cultivation.

Despite the importance of this issue, we rarely see it discussed in the headlines or by political candidates. Farmers in Iowa could benefit greatly from the cultivation of industrial hemp. Citizens in Iowa, who have the ear of presidential hopefuls, have an opportunity to move this issue back into the spotlight during the December 10th Republican Presidential Primary debate.

Let’s hope Congressman Paul and his fellow candidates agree that it is time to allow farmers in Iowa and other states to once again Allow growing industrial hemp.