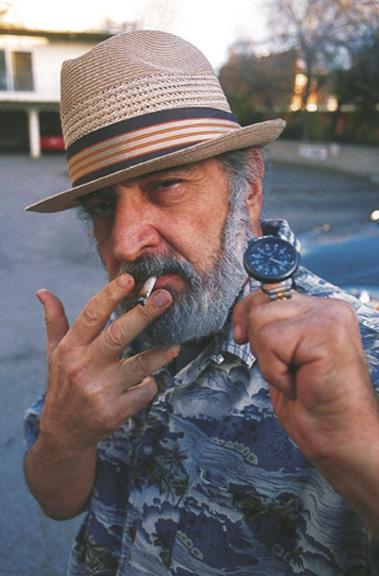 Jack Herer (June 18, 1939 – April 15, 2010) was an American cannabis activist and the author of The Emperor Wears No Clothes, a book which has been used in efforts to decriminalize cannabis.

A former Goldwater Republican, Herer was a pro-cannabis and hemp activist. He wrote two books, The Emperor Wears No Clothes and Grass. There has also been a documentary made about his life called, The Emperor of Hemp. He believed that the cannabis sativa plant should be decriminalized because it has been shown to be a renewable source of fuel, food, and medicine, and can be grown in virtually any part of the world, and that the U.S. government deliberately hides the proof of this.

A specific strain of cannabis has been named after Jack Herer in honour of his work. This strain has won several awards, including the 7th High Times Cannabis Cup. Jack Herer was also inducted into the Counterculture Hall of Fame at the 16th Cannabis Cup in recognition of his first book.

On September 12, 2009 Herer suffered another heart attack while backstage at the Hempstalk Festival in Portland, Oregon. He spent nearly a month in critical condition in a Portland hospital, including several days in a medically induced coma. He was discharged to another facility on October 13, 2009. Paul Stanford of The Hemp and Cannabis Foundation said “He is waking up and gazing appropriately when someone is talking… but he is not really communicating in any way.” He died aged 70 on April 15, 2010 in Eugene, Oregon, from complications related to the September 2009 heart attack.

On April 25th, 2010, Jack Herer was laid to rest at the Eden Memorial Park in Mission Hills, CA. The ceremony was attended by 600 people, including family, friends and hemp activists from around the world. Speaking at gravesite, Steven Hager, the first editor to publish Herer’s research in a national magazine, called for April 20th to be renamed “Jack Herer Day.

Jack Herer was a true cannabis legend, his work helped open so many peoples eyes to truth about the good uses of marijuana and he dedicated himself to fighting for the cause. Jack Herer we salute you. Below are some videos of the great man sharing his opinions on the fight for cannabis legalisation. You can view more information about the legendary Jack Herer Cannabis Seeds here.

Jack Herer explains why hemp is the #1 Natural resource:

Jack Herer – Hemp Can Save The Planet