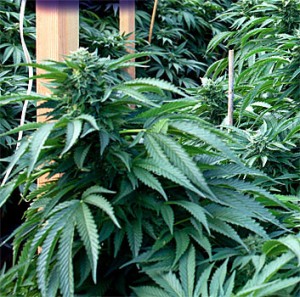 In a world where bad news floods us, it’s just so great to see all the positive moves toward hemp legalization and cultivation, not only in the United States but also in various other places globally. Many countries, such as Hungary, France and Canada, have been years ahead of the U.S. in sensibly recognizing the value in growing the hemp plant for a wide variety of purposes, from fiber to oil to seed. Before I continue, however, I must make the usual disclaimer that by hemp, which comes from the cannabis genus but which contains insignificant amounts of the psychoactive chemical THC, I am not referring here to medical marijuana, which itself has merits on its own.

In any event, along with the burgeoning medical marijuana industry, the cultivation of hemp as a major resource and economy saver is likewise receiving a great deal of positive attention nationally, and it appears that the state of California is just a hair’s breadth away from passing the Industrial Hemp Farming Act or SB 676, introduced by Senator Mark Leno in February.

As a one-time denizen of Southern California who worked passionately as a hemp activist for a number of years, including faxing hemp information sheets to numerous law offices in the area, among other activities, I am delighted to see industrial hemp blooming into a potentially rich future harvest.

In 1994, I stood up at a Jerry-Brown-for-President press conference in Los Angeles and asked Brown – who was standing just a few feet away – whether or not it was time to look hemp as a means to solve many of the world’s resource problems. I’m told there’s a video of the exchange somewhere on Youtube.

Brown is now the governor of California, and I’d like to hope I planted a little hempseed, especially since he’s previously made unsupportive statements about the subject.

Go, California! Hemp could TRULY help revitalize the economy. Are you listening, Governor Brown? (And Feds?)

“Support for hemp farming and manufacturing in California has been very strong.”

Thanks also to the incomparable Jack Herer, RIP, whom I met a number of times and who inspired me to raise the issue with Jerry Brown.

For more information, see my articles:

Hemp for Food and Fuel!
Why hemp could save the world

The bill has the endorsement of the UFCW, the Imperial County Farm Bureau, California Certified Organic Growers and other leading farming organizations. Dan Rush, UFCW  5 Statewide Special Operations Director, stated, “UFCW enthusiastically supports SB 676 because we see it as a jobs and revenue generator at a time when they are sorely needed in California.”…

“Support for hemp farming and manufacturing in California has been very strong. It is passing through committee after committee with a positive reception. We expect this bill to be on its way to the Governor’s desk by early September. Governor Brown will then have 30 days to act on the bill,” explains Patrick Goggin, California Legal Counsel for Vote Hemp.

The bill clarifies that industrial hemp is separate and distinct from forms of Cannabis used to produce marijuana and if passed will allow commercial farming of industrial hemp in five counties (Imperial, Kern, Kings, San Joaquin and Yolo) under an 8-year pilot program. Industrial hemp was grown in California up until shortly after World War II. Industrial hemp is the non-psychoactive, low-THC, oilseed and fiber varieties of the Cannabis sativa plant. Hemp has absolutely no value as a recreational drug….

A variety of products made from industrial hemp including healthy food and natural body care products as well as eco-friendly clothing are made in California. “There are over 50 member businesses of the Hemp Industries Association (HIA) that make or sell hemp products in the state of California alone that could benefit from an in-state source of hemp seed, fiber and oil,” says Eric Steenstra, Executive Director of the HIA. “Because of outdated federal and state policies these businesses are forced to import millions of dollars of industrial hemp from Canada, China and Europe.” Companies that manufacture or sell products made with hemp include Dr. Bronner’s Magic Soaps, a California company that manufactures the number-one-selling natural soap in the U.S. as well as best-selling hemp food manufacturers, such as French Meadow Bakery, Living Harvest, Manitoba Harvest, Nature’s Path, Nutiva and Sequel Naturals who make their products from hemp grown in Canada. Major companies such as Ford Motors, Patagonia and The Body Shop also use sustainable hemp seed, fiber and oil.

“Dr. Bronner’s currently purchases twenty tons of hemp oil each year from Canada. We look forward to the day that we can meet our supply needs from hemp produced right here in our home state,” says David Bronner, President of Dr. Bronner’s Magic Soaps of Escondido.

On May 11th, Rep. Ron Paul introduced The Industrial Hemp Farming Act of 2011 (H.R. 1831) in Congress along with 22 co-sponsors including 6 Representatives from California (Farr, McClintock, Miller, Rohrabacher, Stark, Woolsey). If passed, H.R. 1831 will remove federal restrictions on the cultivation of industrial hemp.

To date, 17 states have passed pro-hemp laws or resolutions, including the California Assembly in 1999 when it passed a resolution declaring that “the Legislature should consider action to revise the legal status of industrial hemp to allow for its growth in California as an agricultural and industrial crop…

The Hemp Industries Association (HIA) represents the interests of the hemp industry and encourages the research and development of new hemp products. Vote Hemp is a national, single-issue, non-profit organization dedicated to the acceptance of and a free market for low-THC industrial hemp and to changes in current law to allow U.S. farmers to once again grow this agricultural crop. More information about hemp legislation and the crop’s many uses may be found at www.VoteHemp.com and www.TheHIA.org.