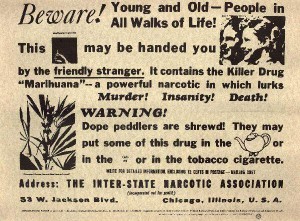 The US Drug Enforcement Agency the (DEA) has finally acknowledged a nine-year-old petition filed by The Coalition for Rescheduling Cannabis to reclassify marijuana as a schedule III, IV, or V drug, rather than its current, and more-serious, schedule I classification.

The acknowledgment, however, was an official denial of the petition based on claims that there are no studies to prove the medicinal value of marijuana, and that the plant is basically as unsafe as heroin.

Back in May, a group of marijuana advocacy groups had filed a lawsuit against the federal government for failing to even acknowledge their petition to reschedule marijuana, which had been filed roughly nine years earlier.

By ignoring the petition, the federal government was invariably in violation of the Administrative Procedures Act, which requires it to respond to petitions within a reasonable amount of time .

If the agency had complied with the petition, it would have acknowledged that marijuana does, indeed, have legitimate medical use, and that its abuse potential is not as extreme as a schedule I classification deems it to be.

And by rescheduling marijuana to at least a schedule III classification rather than a schedule I, federal policy would have become more in line with those of the 16-and-counting states that have already legalized marijuana for medical purposes

The agency’s flat-out denial of the petition, shows that it has plans to continue willfully ignoring the facts about marijuana, including the hundreds of studies  many of these are peer reviewed studies that suggest not only that marijuana has medicinal benefits, but also that it is safe.

According to ProCon.org, for instance, there are 33 studies, 17 of which involve humans, that suggest definitive medicinal benefits from using marijuana

There is, however, absolutely no evidence to back the DEA’s claim that “marijuana has a high potential for abuse, has no accepted medical use in the United States, and lacks an acceptable level of safety for use even under medical supervision, DEA Administrator Michele M. Leonhart falsely stated in her announcement on behalf of the agency’s decision in the matter.

In fact, a report issued by the US Institute of Medicine (IOM) back in 1999 states the following contradiction to the DEA’s claims:

More recent studies than this have found that cannabinoids help reduce inflammation, prevent dementia, and even kill cancer cells. Perhaps this is why the federal government  the very same federal government that has denounced marijuana as dangerous and medically useless filed a patent on all medicinal uses of cannabis.

The patent states that cannabinoids are “useful in the treatment of prophylaxis of wide variety of oxidation associated diseases, such as ischemic, age-related, inflammatory and autoimmune diseases.”

The patent goes on to state that marijuana is neuroprotective, and that it limits “neurological damage, such as stroke or trauma, or in the treatment of neurodegenerative diseases, such as Alzheimer’s disease, Parkinson’s disease and HIV dementia

A recent report in TIME magazine also explains that the US Food and Drug Administration (FDA) issued an investigational new drug application (IND) in 2006 for Sativex, an “inhalable marijuana-derived drug” that contains both THC and CBD, the two main active ingredients in marijuana.

Apparently a supposedly dangerous drug with no therapeutic value suddenly has potential value once a drug company has found a way to steal and patent it .

So much for the idea that marijuana is both medically useless and harmful.

So why does the federal government continue to denounce the merits of marijuana even after it filed a patent on any and all of its medicinal benefits? For the same reason that the FDA acknowledges the supposed health benefits of pharmaceutical drugs while denying the health benefits of plant and herbal extracts: money and power.

Government agencies like the DEA and FDA work to protect the interests of the industries that keep them afloat, which in this case happens to be primarily the drug industry, rather than the interests of the people. By continuing to restrict access to marijuana on the flawed grounds that it is unsafe and ineffective, the DEA is essentially ensuring that only the drug industry has access to it.

At the same time, the agency is also preventing millions of Americans from accessing a natural plant that is capable of potentially treating and curing disease without dangerous side effects, which in turn has defaulted many of these same Americans to patented, side effect-ridden pharmaceutical drugs as their only option.