California Gov. Arnold Schwarzenegger, on Thursday signed into law a bill that decriminalizes the possession of up to one ounce of marijuana. The bill reduces simple possession from a misdemeanor to an infraction. 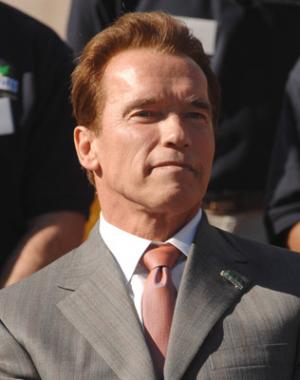 Currently, small-time pot possession is “semi-decriminalized” in California. There is no possible jail sentence and a maximum $100 fine. But because possession is a misdemeanor, people caught with pot are “arrested,” even if that means only they are served a notice to appear, and they must appear before a court.

That has happened to more than a half million Californians in the last decade, and more than 60,000 last year alone. Every one of them required a court appearance, complete with judge and prosecutor. That costs the cash-strapped state money it desperately needs.

Under the bill signed today, SB 1449, by Sen. Mark Leno (D-San Francisco), marijuana possession will be treated like a traffic ticket. The fine will remain at $100, and there will be no arrest record.

In a signing statement, Schwarzenegger said he opposed decriminalization for personal use — and threw in a gratuitous jab at Proposition 19, the tax and regulate marijuana legalization initiative — but that the state couldn’t afford the status quo.

“I am signing this measure because possession of less than an ounce of marijuana is an infraction in everything but name,” said Schwarzenegger. “The only difference is that because it is a misdemeanor, a criminal defendant is entitled to a jury trial and a defense attorney. In this time of drastic budget cuts, prosecutors, defense attorneys, law enforcement, and the courts cannot afford to expend limited resources prosecuting a crime that carries the same punishment as a traffic ticket.”

The law goes into effect January 1. Even if Prop 19 passes in November, it leaves in place misdemeanor charges for smoking in public or in the presence of minors. Those misdemeanors would become infractions under the new law.