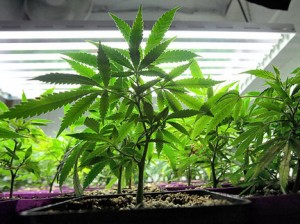 Even though DEA raids and IRS harassment continue on state approved Medical Marijuana,

In early 2011 two Chemical drug manufacturing Giants G.W Pharmaceuticals & Novartis announced they had formed an alliance to licence & market G.W`s  Sativex a liquid form of  THC The drug is already available in the uk as well as Canada and Spain The licensing agreement with Novartis will allow sales to expand into markets in Africa,Asia and the middle East FDA phase 3 trials are still being organized for Otsuka G.W s Partner for licensing Sativex for the US Market

Unlike other cannaboids produced for recreational or medicinal use Sativex is not synthetic but an actual extract from Marijuana it therefor lacks the side effects of the synthetic drugs which merely attempt to replicate marijuana,patients primarily people diagnosed with MS or Cancer spray Sativex below the tongues .

GW claims that Sativex is formulated to provide the same health benefits that Medical Marijuana offers but without that drug’s high. GW says that Sativex balances the psychoactive agent THC with cannabidiol (CBD), the chemical believed to be the source of medical marijuana’s anti-nausea and cancer-cell-killing effects, in such a way as to eliminate any of the sensations associated with recreational marijuana. However, cannabis expert Dr. Lester Grinspoon, professor emeritus of psychiatry at Harvard Medical School, points out that the issue of whether Sativex produces marijuana high depends on the size of the dosage.

One of GW’s allies in its attempt to replace state-legalized whole-plant medical marijuana with its own chemical extract is Dr. Andrea Barthwell whose career includes consulting for GW, as well as stints as deputy drug czar under President George W. Bush and as president of the American Society for Addiction Medicine. Barthwell frames Big pharma cannabis as best way to bring marijuana into medical usage: “The safety and advisability of any prescriptive medicine should depend on years of careful scientific scrutiny, not whims at the ballot box by individuals who lack the qualifications to make such decisions. Allowing cannabis to circumvent FDA approval sets a dangerous precedent and puts us on a slippery slope.”

Big Pharma’s big contributions to many legislators means they have many elected officials willing to see things the drug companies’ way on this, as on many other issues. Even legislators known to take a strong states’ right stance on other issues, such as offshore drilling, somehow find themselves standing up for federal oversight on this topic. For example, Sen. Richard Burr (R-N.C.), who holds the dubious distinction of the being the member of Congress who has accepted the largest amount from pharmaceutical firms, has taken a stance against state legalization of marijuana.

If you have a politician in your state who speaks out against medical marijuana, you may want to look into his/her ties to Big Pharma. As the American Independent observes, the pharmaceutical giants’ strategy as regards marijuana seems to be “demonize it, prosecute it, shut it down, then grab the market.” Let your friends and family know that many of those who fight against medical marijuana are not, as they may prefer to present themselves, taking a pro-family stance against drug addiction, but shills for multinational drug corporations who want to keep all drug profits in their coffers.

The idea that a Herb can be denounced as evil in one context but hailed as a medical miracle if sold within the pharmaceutical system is nothing new. Big Pharma’s magic cure pills for ADHD bear a suspicious chemical resemblance to speed.

As consumer Health advocate and critic of federal drug policy Mike Adams has pointed out elsewhere in NaturalNews (http://www.naturalnews.com/021501_m…), this double standard, with multinational corporations valued above the health of private citizens, has a pernicious effect on our culture “While dangerous prescription drugs are killing a hundred thousand Americans each year, the DEA does nothing. But when herb smokers light up in private, they are branded criminals and subject to a form of tyranny and oppression that should never be tolerated in a free Society.”

Marijuana as far as the eyes can see 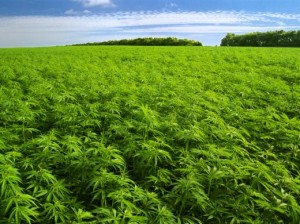