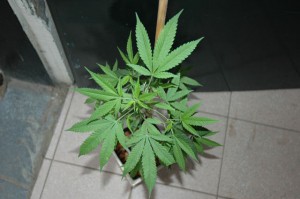 Australia parents could face a jail term of 12 months and have their children put in state care simply for growing just one marijuana plant in the nation’s toughest drug laws.

Amendments to WA’s Misuse of Drugs Act passed on Friday mean people convicted of cultivating a single cannabis plant or processing the drug where a child has suffered harm will face a 12-month mandatory prison term.

The people convicted of a second offence where they were growing just one plant or processing it – hanging it to dry or rolling a joint – face a mandatory jail term of six months if it is proved they endangered a child’s health by exposing them to the activity.How can exposing Children to Marijuana plants harm them when it is one of the most least harmful substances on the Plant earth which has been used as a medicine for 40.000 years or more

Example parents could be jailed for 12 months if a child is being exposed to fertilizers or pesticides, cutting themselves on gardening equipment, or knocking over an enclosure or pot containing a marijuana plant that subsequently injures them.And what about the genetic Damage Monsanto is causing us thru GM Food & pesticides ?

The draconian laws are a far cry from just a year ago, when cultivation of up to two cannabis plants for personal use resulted in a $150 fine and drug counseling.

While the new laws are designed to target the growing number of potentially explosive methamphetamine and other drug labs in WA – 177 were busted last year, with 44 found so this year – they also target those who “cultivate or prepare illicit drugs” – meaning growing or handling small amounts of cannabis plants.

Police Minister Rob Johnson’s office confirmed to AAP that while it was “unlikely” small-time cannabis users and growers with children would be jailed under the new provisions, there was still a risk.

“If the children are exposed to dangerous chemicals and safety hazards as a result of the cultivation or are injured by the cultivation, the new provisions could be applied,” a spokeswoman from Mr Johnson’s office said.

She denied that in the event a child was harmed through cultivation or use, parents would be less likely to seek medical attention for fear of being sent to prison

A spokesman for the WA Law Society warned the new mandatory jail terms were open to abuse, as they removed any discretion in sentencing.

“You might even find that where the judicial system does not agree with a mandatory jail term for a small-time cannabis grower and user, there will be a reluctance to prosecute or convict,” the spokesman said.

“As it stands, the punishment would certainly not fit the crime and would appear to be excessive.”

WA Opposition Leader Mark McGowan said he disagreed with the new provisions – even though Labor voted for them.

“Personally, I wouldn’t like to see people go to jail, mandatory, if they’re growing a couple of marijuana plants – even though we support laws to ensure that is made an offence,” he said.

Opposition police spokeswoman Michelle Roberts later told AAP her party didn’t want to be seen as being “soft on crime” and had tried to amend the legislation to remove mandatory jail terms for cannabis users and growers.

It was under the previous Labor government that personal cannabis use and cultivation were decriminalised – only for the present Liberal-National government to overturn the laws.

The Opposition has previously said the Government’s hard line is driving cannabis users towards harder drugs and organised crime.

“It won’t stop drug cultivation – there’s no evidence to suggest that,” she said.

“What it’s going to do is wrap up a whole lot of people unwittingly into a situation where they are facing a mandatory jail terms.”